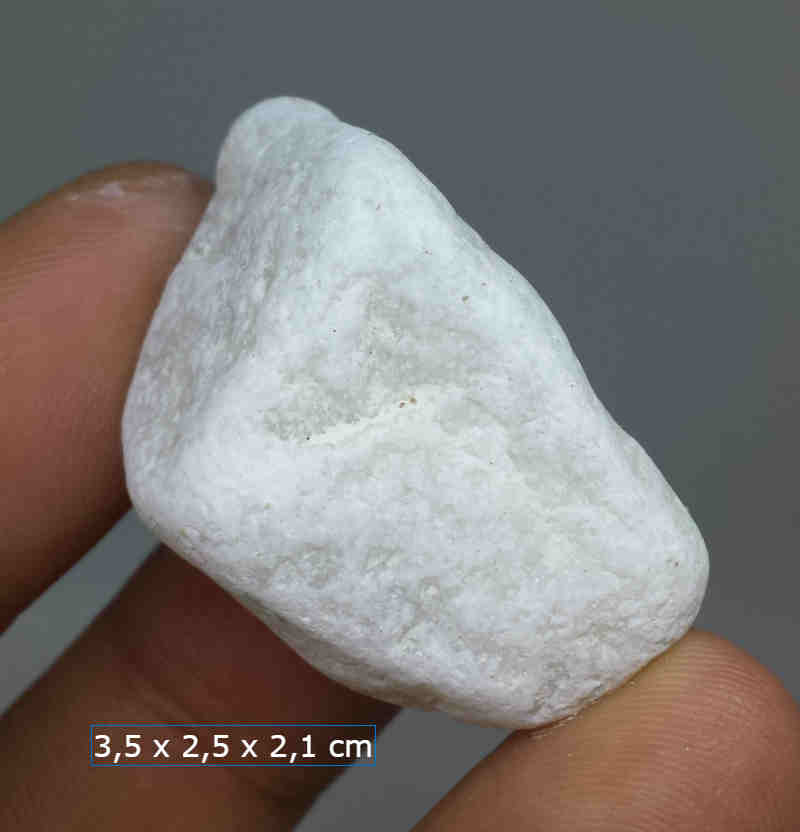 Azeztulite® is a white variety of quartz. It has a quite interesting vibration, and it is said to be connecting those who use it to beings in other dimensions.

This white stone has been named after a group of interdimensional beings called 'the Azez', that were said to have made a connection with those who named this stone.

The people who discovered this stone said they made contact with these beings and brought information about it to the attention of the world.

It is said to have an unusual vibration, believed to be caused by the changes made to the stone, by these beings of extra-terrestrial origin, and many people find its side effects a little unpleasant at first.

They said that people who wear or carry the stone, Azeztulite, are more likely to be able to move to, or achieve a higher state more rapidly and easily.

They said that the purpose of the stone was to anchor this light onto our planet, to help bring many changes to the planet. This would make this a very powerful stone for Light workers.